When I was a child there was some well meaning Christian evangelist that had a book/talk show/traveling seminar/ministry that his whole focus was on time management. The man was a focused driven type personality and he was always talking about things that could be done to save time – “redeem” the time as he phrased it – and get things done. He was of course putting a spiritual bend on the idea but it resonated with my young mind having grown up with a Puritan work ethic.

My personality is one that wakes up at with dawn, does things, goes to work on time, works late, comes home and works on something else. I enjoy work, I enjoy exploring, I enjoy chasing new all the time. “Sleep is the cousin of death” is the motto, and for the most part it’s served me well. I’ve accomplished a reasonable bit in my 31 years, but not really enough to be considered successful by most standards.

This Redeeming the time idea is one I’ve never really known how to address because if I’m not moving, depression will set in. It’s hard to relax, and the drive turns into a slog, and I loose more productivity than my need for action generates.

This past quarter at work has been especially exhausting. I won’t go into the technical details, but in effect I worked 70 hour weeks for nearly the entire second quarter. My body has warn down mentally and physically, but even in a state of exhaustion the drum keeps beating, “redeem the time! redeem the time!”

If you’ve not guessed it by now, I’m not very good at self care. Taking a break, relaxing, and getting rid of stress are not ideas I consciously search for. Nearly 95% of the time I’m doing the opposite. I’m looking for a project, looking for another way to make a dollar, dreaming of the how I want to live 10 years from now, and so on. This isn’t actually useful, or helpful.

In recently years I’ve been thinking a lot about corrupting influence of power. The more I become aware of the manipulative options available, the more I realize what corners I could cut to get further ahead. These are ideas sit very much in the gray zones of morality, not lies, not truths, semi-justifiable omissions of information, and so one. In many ways time management in my resonates on a similar frequency except that I’m cheating my own body instead of cheating someone else.

My automotive investments usually generate a 30% return or greater, and it’s very lucrative, but forcing myself to not seek it feels just as important right now to return to a healthy place physically and mentally. As my mates would say, “it’s time for a focus check!”

I’ve not figured out how I’m going to do this well yet as this has been the theme for the entire year. At the start of the year my resolution was to to buy one or two cars cars, but I’ve so far purchased 7 and was extremely close to purchasing an 8th last week. Haha, this feels like something of a problem that I haven’t actually made progress on. I feel like I’m perhaps not as self aware as I would like to believe. Realizing how deep seated these habits are and facing them is the continuing goal for the year.

On a positive note, this quarter starts with creating a blog and going on vacation, so there is hope still. 😀

Here is a photo of the identical twin of the car I nearly purchased. All the above statements aside, I’m still really annoyed that someone else got the car before I did! 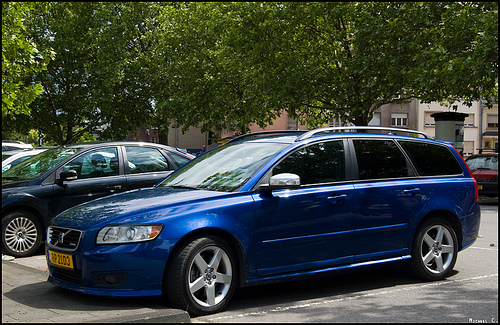