Upgrades and repairs as well as a couple new cars

So, I realized that I haven’t posted an entry in nearly a month, but have written quite a few things worthy of posting on my swedespeed account. I think I need to stop waiting to write blog entries on something major and continue with the same twitch response postings as I do on there.

So, copying over I’ll start with the blue V50:

I also experimented with the idea of 19” wheels. Not because I specifically want them, but because I’ve got a great set of Continental tires in that size that I need to do something with.

First test says they are fine and don’t rub under full lock any more than the 18’s.

I also replaced the coolant reservoir as a preventative maintenance item as the old one was original to the car, yellowing, and showing the tell tale stress cracks. I didn’t want to leave this one to chance since there is no coolant level sensor on the P1s….

I changed out the annoying original style hose clamps for the far more reasonable alligator design. 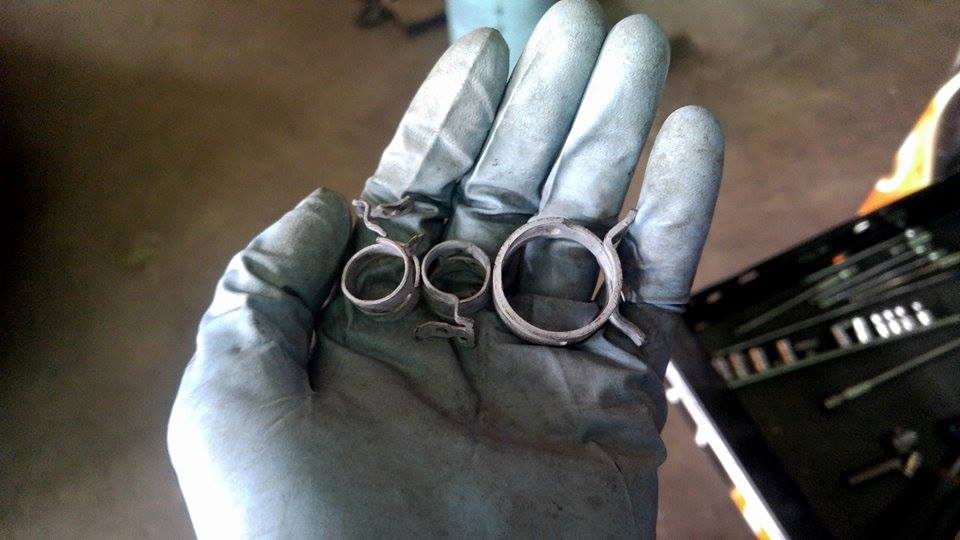 Yesterday I also tore the center console apart to try and find out why the auto stick doesn’t change gears. I haven’t found the answer yet, but I decided to swap the cabin brushed aluminum accents with something else that was a bit less beat up. New trim is on the left vs the original on the right 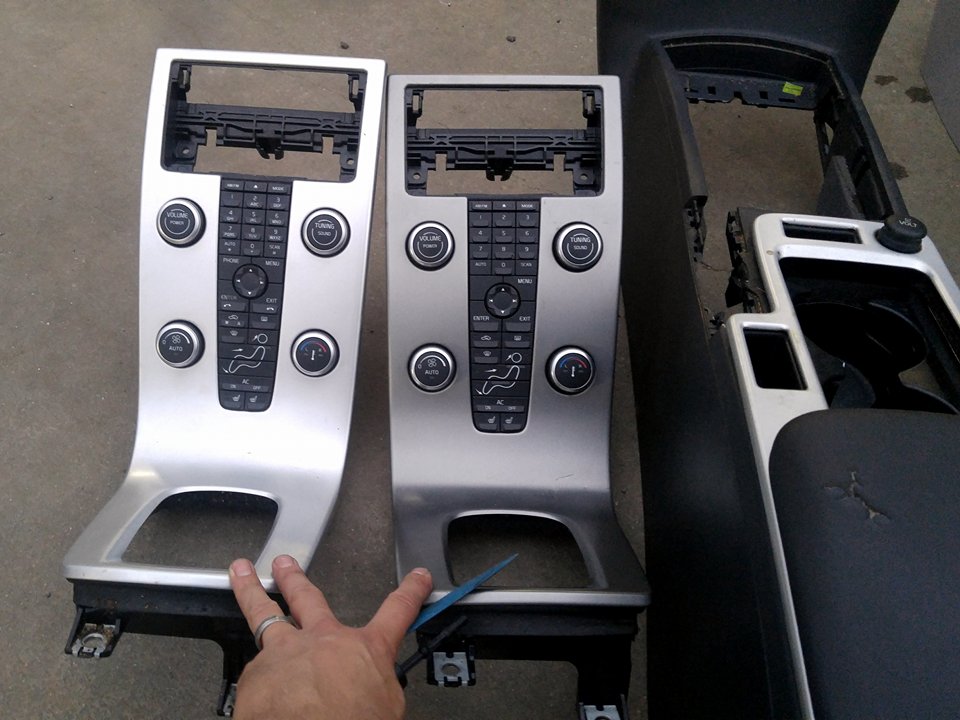 About the middle of the month this little beauty showed up:

180k miles, one owner, and immaculate inside and out. Unfortunately it also has a very badly blown head gasket. Oh well, it won’t be hard to find a replacement engine since miles aren’t very low. You can watch a video of what a engine with next to no compression look/sounds like without spark plugs installed. The paper towels covering the ports barely flutter. :sad face:

I initially purchased it as a parts car, but it is to nice to leave it’s fate to destruction. The tentative plan is to replace the blue V50 with the red one. I’m not entirely sure how I feel about loosing roughly 50 hp moving from 217 to 168, but I’m not feeling especially concerned as there is money to be made. 🙂

I’m tentatively thinking about putting the black 19” wheel I purchased for the Xc70 on it as red on black will make for a very sharp contrast. 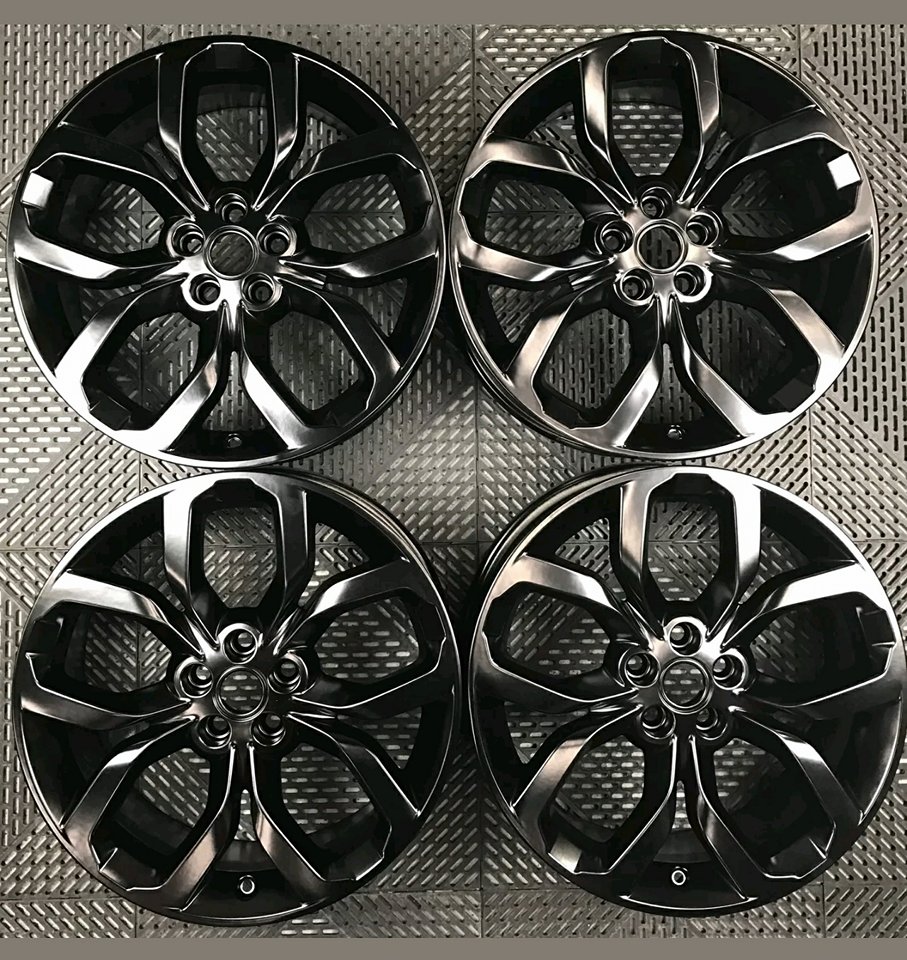 Now, I don’t think I’ve haven’t mentioned it but I’m working an exchange with a friend of mine. I am fixing his 05 V50 and he in turn is fixing a few things around my house. I will probably be posting a bit about it as I will be doing a reasonable bit of work on it over the next while.

The first order of the day was to remove the headliner with all the glue failing and everything hanging down oozing that terrible crumbly headliner glue everywhere. I did not think to take pictures of this process, but it’s a bit of a chore. Not so bad for the wagon variation, except for unplugging the wiring harness as it connects to the back of the CEM, accessible by removing the glove box and well secured behind the dash. It was a bit of a chore figuring it out for the first time.

While things were apart I repaired the front sunroof drains (a very common issue for all P1 cars). The drains are rubber and shrink with age. They pull out of the drain port from the body at the base of the windshield behind the A pillar and dump water into the cabin. I took a set of rear drains from an XC90 that are much much longer, cut them to length, and glued in place to prevent it from happening again. 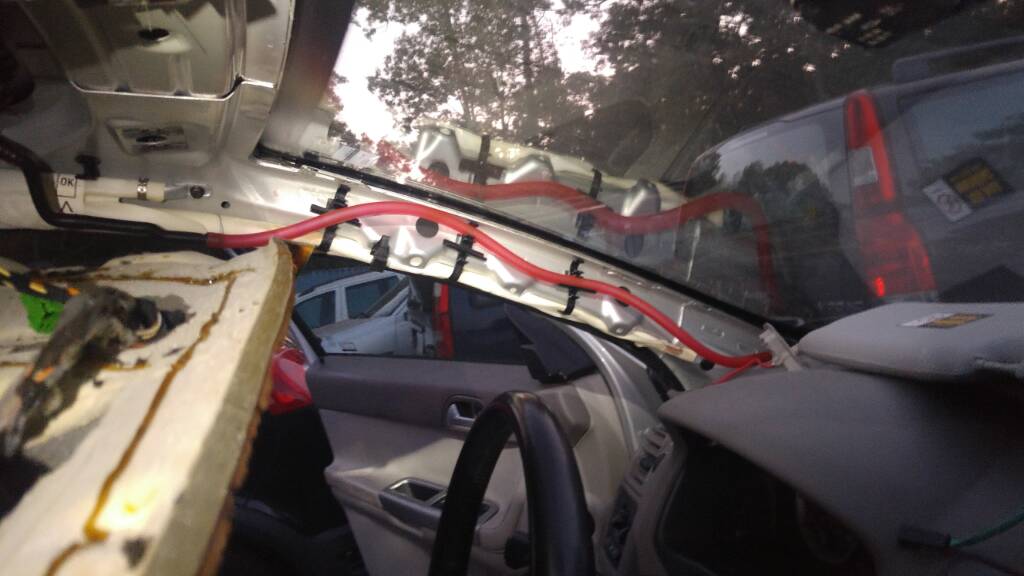 Note: this photo was taken before they were full trimmed to the correct length.

The other big project undertaken was replacing the alternator. It’s not a huge deal, but it’s work. Take the serpentine belt off, take the air filter/computer box assembly loose, and work it out from there. I also took of the throttle body and cleaned it up while there as it was quite filthy.

On the parts front, I have a rough but rare set of vintage 242 5.5 x 14″ wheels up on Ebay as an experiment with a new avenue for finding vintage parts new homes. 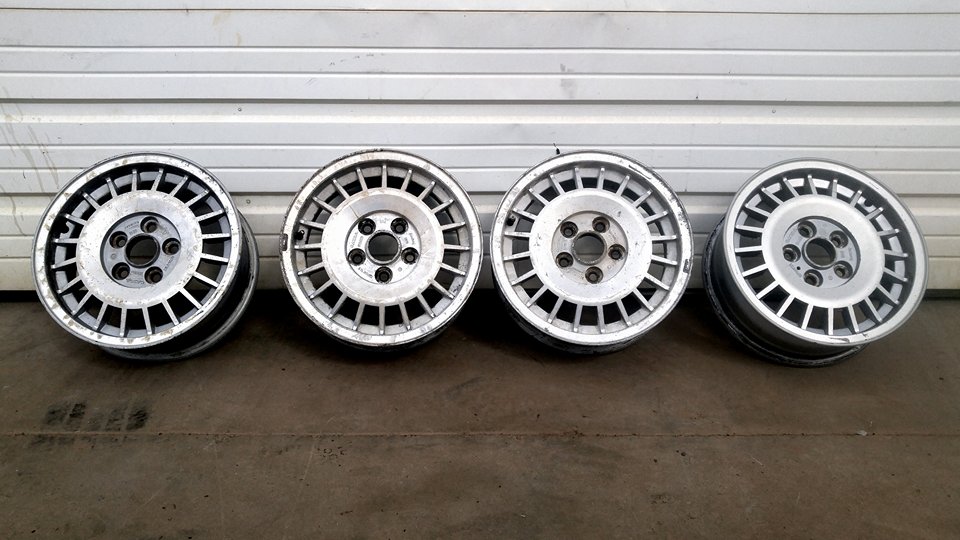 It’s far less personal and some fees apply, but it might be a solid choice, especially for more niche items. This set has certainly been a surprising hit.

I have one more purchase I’m very excited about. I got a 2004 S60 2.5T AWD on order with only 66k original miles. The exterior is the standard boring pre-face-lift, but the condition is fantastic. 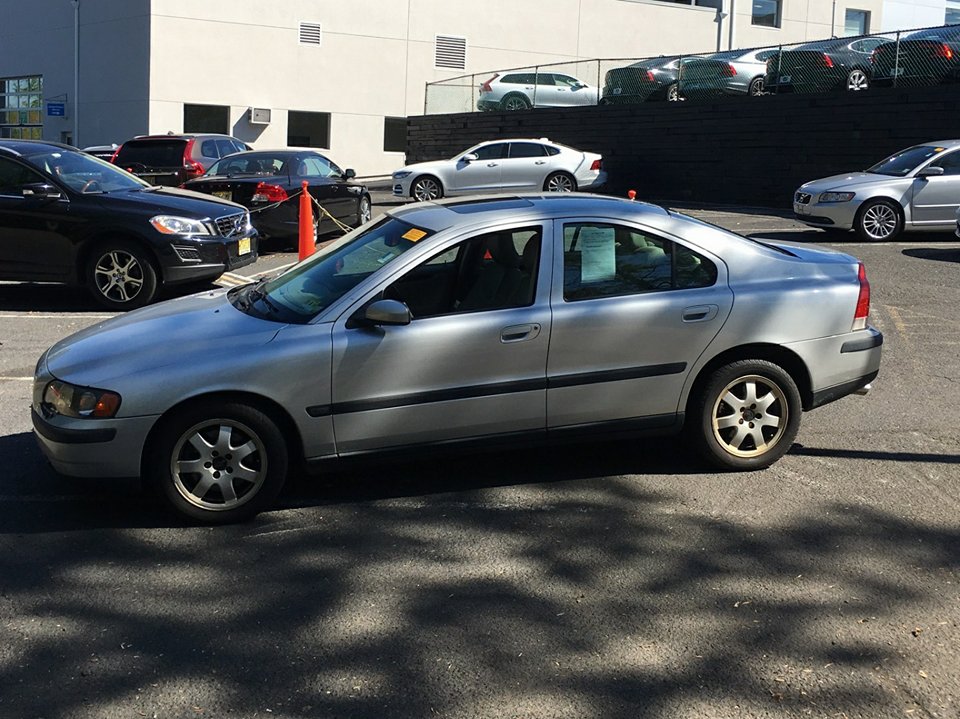 The interior is super clean too. If I was a betting man, I would say the car will be sold in three weeks or less. 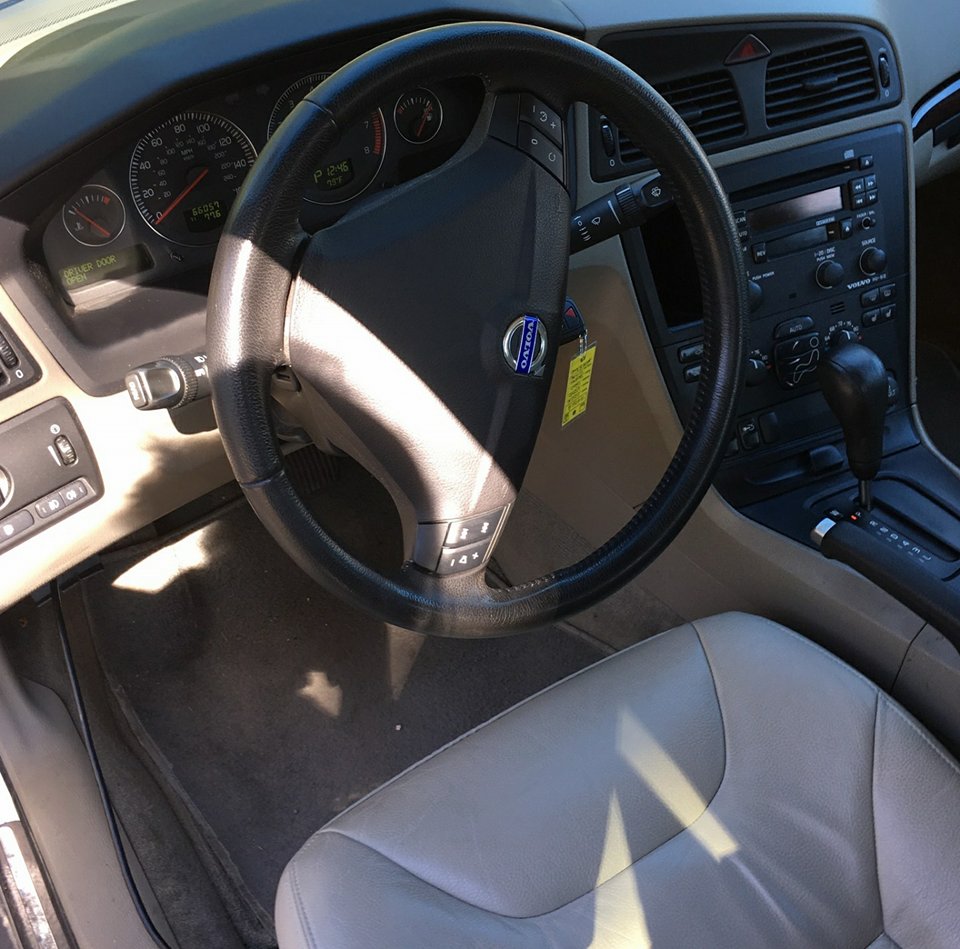